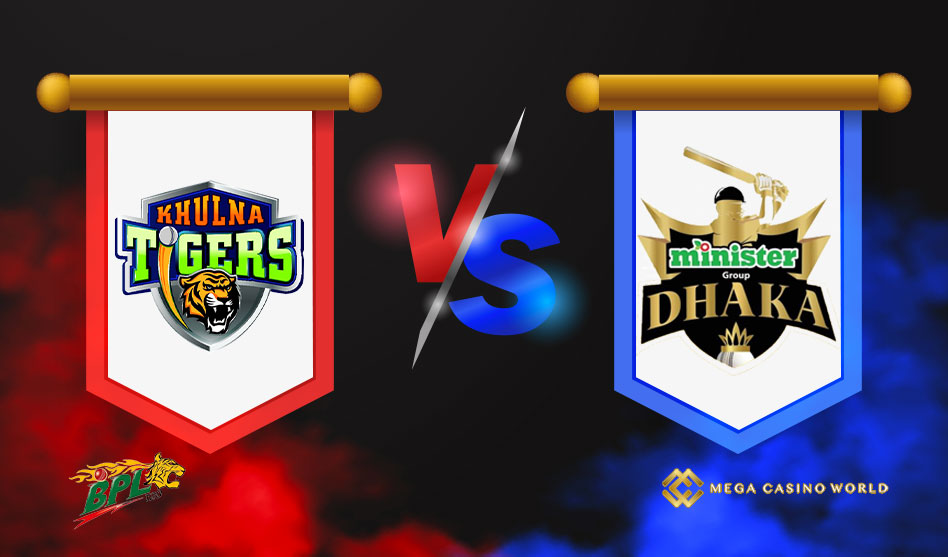 The Khulna Tigers would be taking on Minister Group Dhaka in the 2nd game of the Bangladesh Premier League 2022. This will be the first game for both teams and they would be eager for a positive start. There are good players in the two camps, and they are likely to be eager for success and it would be interesting to see which of the sides can start with a victory.

The Khulna Tigers have an inexperienced new ball attack, and this would pose a big problem for them given the kind of batting line-up Dhaka has. Minister Group Dhaka has some of the biggest names in this format of the game on the side and it would be interesting to see if the Khulna Tigers can deliver a big surprise.

Mushfiqur Rahim is a veteran of many battles, and he has done well leading the side in the past. It will be a massive challenge for him given the strength his opponents bring to the table. Rahim would look to lead from the front and inspire confidence in his players as they take on a confident Dhaka side.

Soumya Sarkar and Andre Fletcher would be expected to do well opening the batting for the side. Mushfiqur Rahim adds solidity to the middle order for the side and he would look to set up partnerships with Nabil Samad and Rony Talukdar. Sikandar Raza, Thisara Perera, and Mahedi Hasan are good hitters of the ball, and they will look to add quick runs down the order for the side to win.

Kamrul Islam and Khaled Ahmed would have big responsibilities on their shoulders opening the bowling for the side against a strong Dhaka batting line-up. Thisara Perera and Raza are experienced bowlers, and they will look to keep the scoring rate under control. The side would also need good efforts with the ball from Talukdar and Mahedi Hasan in this game.

Mahmudullah leads one of the strongest outfits in this tournament and he would look to start with a big win. The Bangladesh skipper shall want his players to stick to their basics and not try anything flamboyant in the first game of the tournament. He would aim to exploit the weakness Khulna has in their bowling attack.

They have a strong opening pair with Tamim Iqbal and Mohammad Shahzad on the side and the pair would look to set a good platform. Shuvagata Hom, Mahmudullah, and Mohammad Naim add good strength to the middle order. Andre Russell and Isuru Udana are great finishers and the side would like to see big hits from them down the order.

Mashrafe Mortaza and Rubel Hossain form an experienced fast bowling pair and the side would expect early strikes from them in this game. Rishad Hossain and Shafiul Islam will have to keep things tight in the middle overs of the game. The side would also expect to see good spells from Russell and Udana in this game.

The pitch in Dhaka has generally been slow and low in recent times. High-scoring affairs have been few and far between, especially in the last five months. Under lights, chasing should be the way forward.

The playing conditions for the game are expected to be nice and cool. The temperature will be around the 20-degree Celsius mark with the humidity in the 70s. There is no chance of rain as of now.

Dhaka, without a doubt, is the stronger of the two teams, at least on paper. They are the clear favorites to win the match. The Tigers need to pull a rabbit out of their hat to come up trumps.