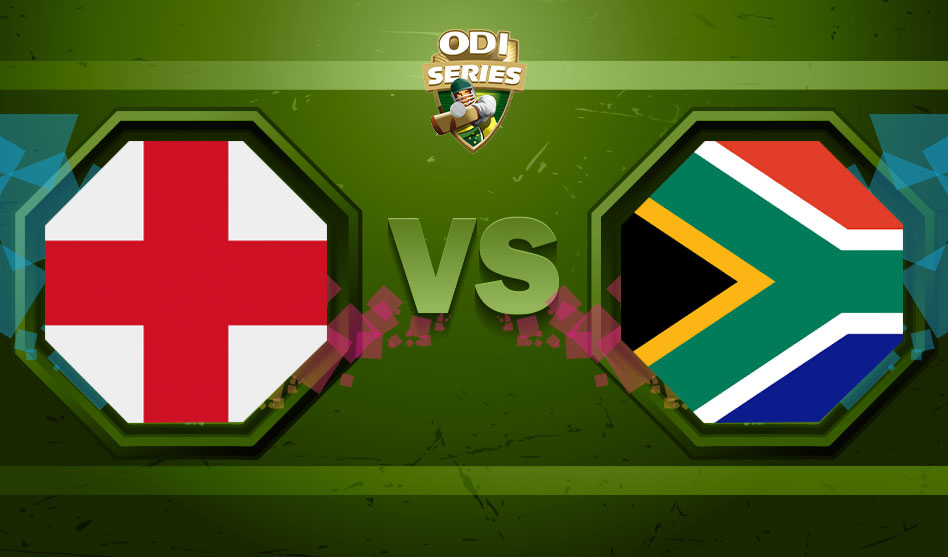 England crushed South Africa in the second ODI and thus equalized the ODI series, with the final match being a decider. It would be hoping that the result is different than what happened against India when it played the decider a couple of weeks back.

South Africa went from having a great day with the bat to its worst ever in England. The team seemed to have outperformed itself in the first ODI and underperformed in the second one. What can we expect in the third?

The cricket betting sites are offering pretty generous odds on South Africa to win this match right now, and we are definitely intrigued.

Match prediction and cricket betting tips for England vs. South Africa 3rd ODI 2022. The match is going to be played at Headingley, Leeds, on July 24, 2022. England and South Africa will meet in the third and final ODI of their three-match series on Sunday, July 24, at Headingley in Leeds.

The hosts made a solid comeback after losing the first game, beating South Africa by 118 runs in Manchester to level the series. In a game reduced to 29 overs per side due to rain, England went all guns blazing, batting first, putting up 201 runs on the board despite being bowled out in 28.1 overs.

Liam Livingstone (38), Sam Curran (35), and David Willey (21) made key contributions after the hosts were reduced to 72-5. England then bowled out South Africa for a paltry 83 in 20.4 overs to register a massive win. Adil Rashid was the pick of the English bowlers with three wickets, while Reece Topley and Moeen Ali chipped in with two wickets apiece.

Heinrich Klaasen top-scored for South Africa with 33, but the rest of the batters struggled to get going. It was a disappointing batting effort from the visitors, and they’ll need to pick themselves up in the final ODI.

Rain took a lot of time out from the 2nd ODI, and eventually, only 29 Overs a side were possible. That played right into England’s hands as it went into T20 mode and did not have to worry about playing out the overs. Even in this short format, though, England was in trouble at 101 for 6. An excellent rearguard action from Liam Livingstone, Sam Curran, and David Willey eventually propelled the team to 201.

England’s batting has been a bit wobbly, and our ploy of betting against Jason Roy has continued to pay dividends so far, and we are going to continue to do so. England also smashed more sixes than South Africa for the second match running, and that could be another thing that we can profit off of.

The depth in England’s batting is fantastic, and it makes the team dangerous, but we do think the problems of the top order make it quite bearable.

Reece Topley made a comeback into the team and picked up two early wickets, which set the tone for England. All the bowlers had a fantastic game in the previous match and ended up with dream figures. Adil Rashid and Reece Topley would be our two picks for the Top Bowler England betting market.

South Africa would like to forget the previous match in a hurry. They batted terribly and lost too many wickets upfront, eventually falling short of a par score. As a bettor, you cannot consider extreme matches like this because these are rare.

South Africa’s batting is quite good, in our opinion. Quinton de Kock, Janneman Malan, Rassie van der Dussen, and Aiden Markram are all in great touch. Add Klaassen, Miller, and Pretorius to the mix, and you have a great batting lineup that is certainly capable of matching England.

We have not lost faith in the batting lineup of South Africa just yet. We think betting on Malan or van der Dussen to score runs is something definitely worth considering.

South Africa’s bowling lineup has done quite well for two matches now. Nortje has been amongst the wickets in both matches, Maharaj and Shamsi have been hard to score off, and even Pretorius has been effective at the death. Lungi Ngidi is the only potential weak link here, but he has not bowled badly in the two matches so far either.

We think South Africa’s bowling lineup is quite good and capable of keeping England’s batting under check.

The pitch is good for batting. The team batting second has won 26 of 43 games here. Pacers will have some assistance early on and will need to make use of the conditions. The average first innings total there is 233 in ODIs.

There is a chance of rain during the day, which could cause interruptions in play. The temperature should be around the 24-degree Celsius mark.

The team that wins the toss is likely to want to field first. Headingley offers up some real flat tracks for its white-ball matches, and defending a total can be tough. There is also some rain around, so captains will prefer having a target in front of them.

PROBABLE THE BEST BATTER OF THE 3RD ODI MATCH

Opening batter Quinton de Kock had a decent outing in the first encounter, but he failed to score runs in the second. The left-handed batter will want to have a good outing during the third match of the series and give a match-winning contribution to his team.

PROBABLE THE BEST BOWLER OF THE 3RD ODI MATCH

Left-arm pacer Reece Topley is in good form. The left-arm seamer scalped two wickets in the previous game and was also amongst the wickets during the first ODI. He will be looking to have another good outing in the final match.

The series is set for an exciting finish. England came back strong in the second game and had momentum going into the final match after putting up a good all-around performance.

South Africa has bowled well in the series so far and has got the better of the famed English batting lineup, but their batters need to step up. Nevertheless, the hosts will fancy their chances of clinching the series after an emphatic win in the second game.