It was looking like Rafael Nadal’s chances of winning Wimbledon again was coming to a crashing halt when an abdominal injury plagued him during his match with Taylor Fritz. But somehow, the Spaniard managed to fight his way back after losing the first and third sets.

It took all of Nadal’s well-known physical resilience and mental strength to beat Fritz in a marathon quarter-final, finishing the match with a scoreline of 3-6 7-5 3-6 7-5 7-6.

For now, it looks like his quest to  secure a historic Calendar Slam in 2022 is still in the cards.

An abdominal strain contributed to Nadal losing the first set. Midway through the second set, he was playing with real pain, but still managed to pull through.

The pain was such that he actually considered retiring.

“The body in general is fine. Of course the abdominal something is not going well, I had to find a way to serve a little bit different, for a lot of moments I was thinking I will not be able to finish the match but the court energy was something else,” Nadal said.

“I honestly enjoy a lot playing these kind of matches, in front of you guys, I can’t thank you enough. It has been a tough afternoon playing, he [Fritz] is a great player, all the credit to him, he’s been playing great the whole season.

“From my personal side it was not an easy match at all, so I’m just very happy to be in the semi-final.”

“I hope to be ready to play it. Nick is a great player on all surfaces but especially on grass, he is having a great grass-court season.”

“It’s going to be a big challenge and I’m going to need to be at my 100 per cent to have a chance, and that is what I’m going to try to do.”

The second-seed Nadal called for a medical timeout at 4-3 up in the second set. He left to receive treatment in the locker room and managed to return to court. But he was unable to move freely. People thought it was only a matter of time before he bows out and shakes his opponent’s hand at the net.

But it didn’t turn out that way, as Nadal gave everything he could to Fritz from the back of the court. With his usual resolve and determination, he attempted to keep his points short.

It was like a miracle that Nadal managed to take the second set, given his struggle. He stunned Fritz with a 5-5 run, stamping his authority on the proceedings.

Fritz bounced back by winning the third set, but Nadal recovered astonishingly, winning the fourth set 7-5. He held himself together to win the match in a final set tie-break after an extraordinary four hours.

Nadal’s struggles unleashed total drama – as he was seen feeling his stomach and having an intense conversation with his trainer and even taking his headband off, obituaries were being written about his Calendar Slam.

Whether it was the painkillers or something else, Nadal managed to mount a recovery.

It was 14 years ago when Rafael Nadal won against Roger Federer in the 2008 Wimbledon Final, which was hailed as one of the finest matches in tennis.

“It was a long time ago but it is impossible not to remember that final with Roger, all the special moments we shared around the world and on this court we played a couple of the most important matches of our career,” he said.

“Going back to 2008 it would have been difficult to imagine in 2022 I would still be here at Wimbledon playing, but here I am and I am happy for that.” 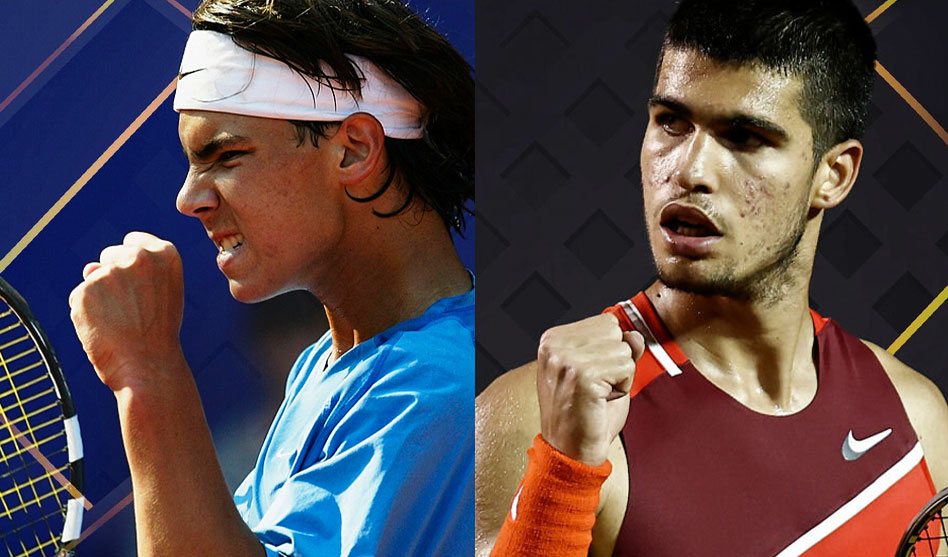